The Central Banks of Cambodia and Lao PDR have lauded bilateral cooperation contributing significantly to the development of the banking and economic sectors of the two countries.

The satisfaction was expressed by H.E. Chea Chanto, Governor of the National Bank of Cambodia (NBC) and H.E. Sonexay Sitphaxay, Governor of Central Bank of Lao PDR at the Annual Bilateral Meeting 2020 between the two central banks held via Videoconference held early this week, according to the NBC’s press release.

H.E. Chea Chanto spoke highly of the Lao Government and the Central Bank of Lao PDR with secured strong macroeconomic fundamentals as well as positive economic growth during the COVID-19 crisis.

He thanked the Central Bank of Lao PDR for its support to the Cambodian commercial banks operating in Laos and encouraged further exchange of information, knowledge and experience.

During the meeting, the two sides also reflected on the economic situation, existing monetary policy, banking supervision, especially policies and measures taken by the two countries during the COVID-19 epidemic. 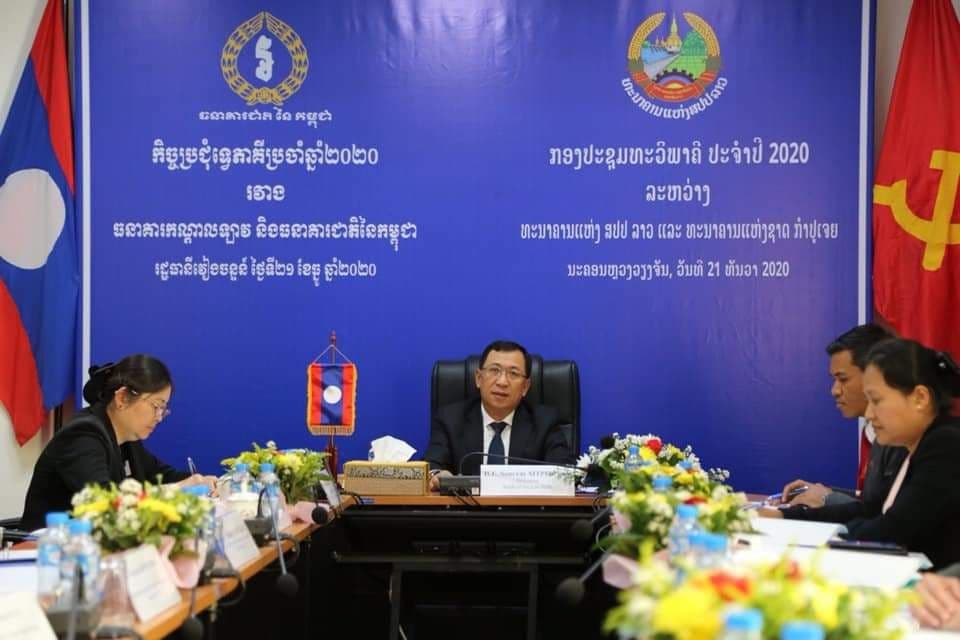