Spatial plan development included a multi-step stakeholder engagement process that was initiated in January 2017 through the creation of a governance structure. This launch was made possible through funding support from the European Union. Active development of the plan commenced in October 2018 with funding support from the USAID Wildlife Sanctuary Support Programme through WWF Cambodia. The planning process was conducted by a team consisting of the Mondulkiri Core Working Group for spatial planning, a technical consultant team hired by WWF-Cambodia, and technical experts from WWF-Cambodia.

“This spatial plan is the fundamental for Mondulkiri province, that not only responds to the needs of increasing population growth and development in the era of regionalisation and globalisation, but also provides strategic directions to shape the province’s spatial development in the next 20 years,” Mr. Meng Bunnarith, Deputy Director-General of the General Department of Land Management and Urban Planning and Deputy Secretary-General of National Committee of Land Management and Urban Planning said. “As concluded in the final consultative workshop yesterday, I reckon that the plan takes into account stakeholders’ concerns throughout the planning process; the richness of natural capital and local culture is thus central to the plan. I hope that the provincial administration and its subordinates will use this spatial plan as a tool to guide their development process for the sake of the province’s future.”

The spatial plan is an important policy and strategic document that provides the vision and long-term development goals for the next 20 years (2021-2040), as well as specific directions for the spatial development of the province to ensure sustainable development that is compatible with a conservation focus. The plan was developed in response to the increasing needs of local communities, development challenges, and the significant transformation of the socio-economic, cultural, and environmental systems in the province.

H.E. Svay Sam Eang, Governor of Mondulkiri province was appreciative of the active engagement of all relevant stakeholders, including provincial and local authorities, local communities, NGOs, donors, technical experts, and the private sector, which resulted in the development of the spatial plan.

The Mondulkiri Provincial Spatial Plan is an important road map for the effective and responsible management and the balanced use and allocation of land, natural resources, and technical and social infrastructure based on the actual needs of the province, and upon legal principles, participation, and close cooperation among all institutions and stakeholders.

“The main substantive innovations in landscape approach are the recognition of the need to address the complex interactions between different spatial scales, and the need to embrace the full complexity of human institutions and behaviours,” said Mr. Seng Teak, WWF Country Director, stressing that WWF stands ready to support the government with sustainable land use planning while safeguarding the rich biodiversity in the province. 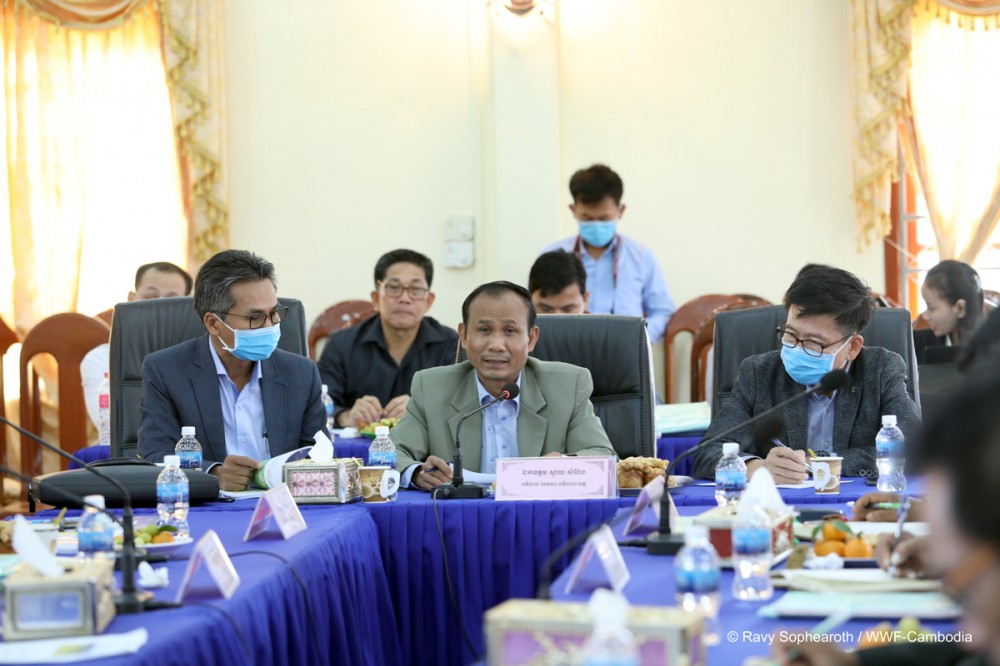