Cambodia has attended the Thimphu Ambition Summit discussing the minimisation of global temperature, according to the Ministry of Environment.

The meeting took place recently through a video conference under the presidency of the prime minister of Bhutan, with the participation of Bangladesh prime minister, UN secretary general, executive secretary of the United Nations Framework Convention on Climate Change (UNFCCC), ministers from the Least Developed Countries (LDC), representatives from the United Kingdom and concerned institutions.

Cambodian delegation led by H.E. Eang Sophalleth, Secretary of State at the Ministry of Environment in the company of Dr. Hak Mao, Director of Climate Change Department, joined the virtual meeting.

Organised by the Government of Bhutan, as the LDC’s group leader of the UNFCCC, the meeting aimed to minimise global temperature rise at 1.5 oC.

Speaking on the occasion, H.E. Eang Sophalleth underlined the Royal Government of Cambodia’s effort in contributing to reducing climate change.

He added that Cambodia is also preparing a long-term plan in response to the global climate change. 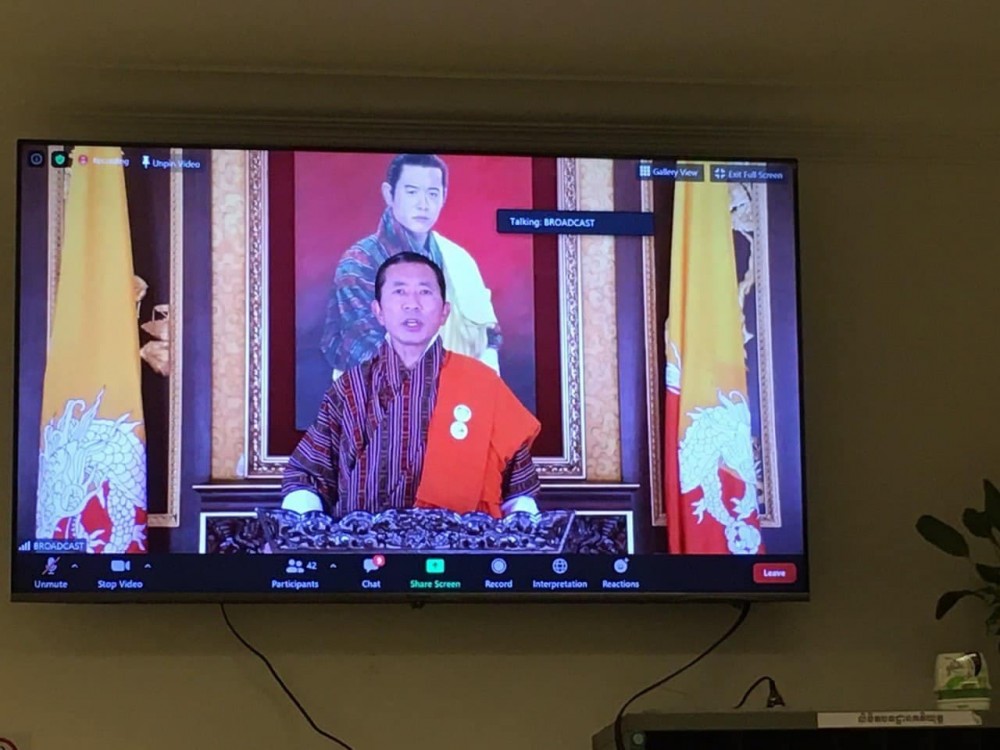