Samdech Akka Moha Sena Padei Techo Hun Sen, Prime Minister of the Kingdom of Cambodia, in his capacity as the ASEAN Chair this year said ASEAN may rethink about the Myanmar’s crisis if Myanmar continues to execute more prisoners.

“Cambodia, as well as all ASEAN Member States, are deeply disappointed and disturbed by the execution of the opposition activists, despite the appeals from me and others for the death sentences to be reconsidered for the sake of political dialogue, peace and reconciliation,” Samdech Techo Hun Sen said in his remarks while presiding over the opening ceremony of the 55th ASEAN Foreign Ministers’ Meeting and Related Meetings held here at Sokha Phnom Penh Hotel this morning.

“If more prisoners are to be executed, we will be forced to rethink about our role vis à vis ASEAN’s Five-point Consensus,” he underlined.

The current situation has changed dramatically, which can be said that is even worse than the time prior to the Five-point Consensus after the execution of four opposition activists, he said.

Samdech Techo Hun Sen continued that on Myanmar, ASEAN have spent so much time and energy, braved so many difficulties and criticism to help this country and its people find some political solutions.

“We will continue to do so without placing at risk, in any way, our ASEAN unity,” the ASEAN Chair stressed.

Samdech Techo Hun Sen added that even the implementation of the Five-point Consensus has not advanced as everyone wishes, but our efforts have yielded some progresses, especially on providing humanitarian aid to those who need the most. 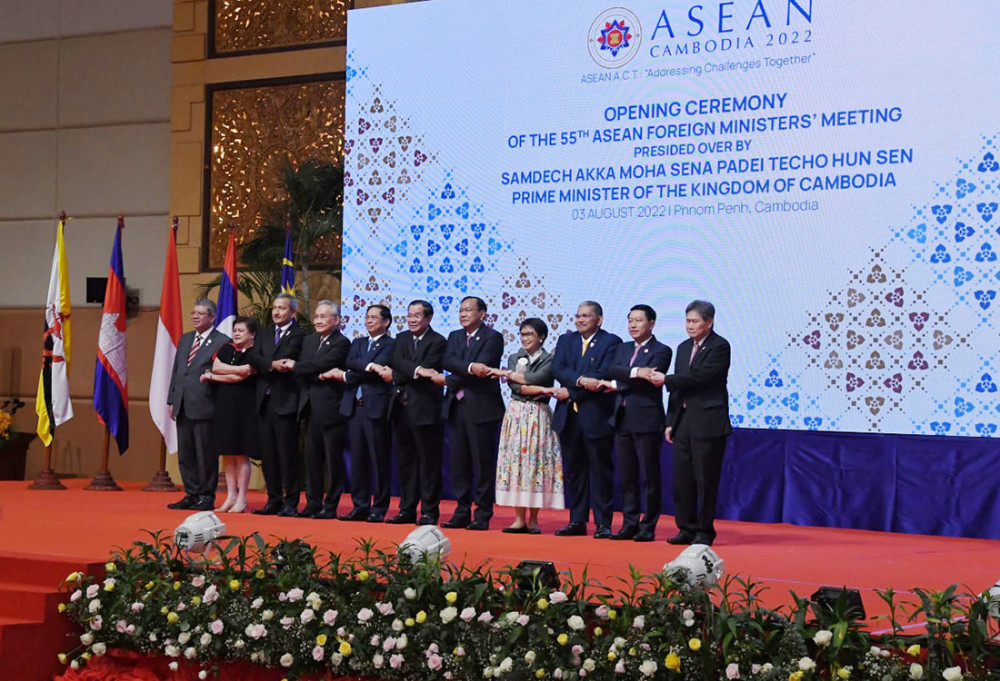