The Senate approved the draft budget law for 2021, in its 6th session of the 4th legislature held here this morning under the chairmanship of its President Samdech Vibol Sena Pheakdei Say Chhum.

Fifty-seven (57) senators present at the session voted for the draft law of six chapters and 15 articles.

H.E. Mam Bunneang, a Senator and Spokesperson of the Senate told reporters after the meeting that the proposed national budget 2021 is a budget to protect people’s lives, maintain socio-economic balance and people’s livelihoods as well as to orientate resource toward the rehabilitation and boosting of economic recovery in the post-COVID-19 health crisis period.

The 2021 budget will be allocated to key sectors such as general administration, national defence, security and public order, social affairs and economy.

To meet the expenditure, the government planned to collect some US$5,275 million as national revenue, and borrow about 1,500 million SDR from development partners, which are supplementary foreign exchange reserve assets defined and maintained by the International Monetary Fund.

According to the 2020 National Budget Law, the expenditure was planned at more than US$8.2 billion while the revenue at US$6.5 billion. 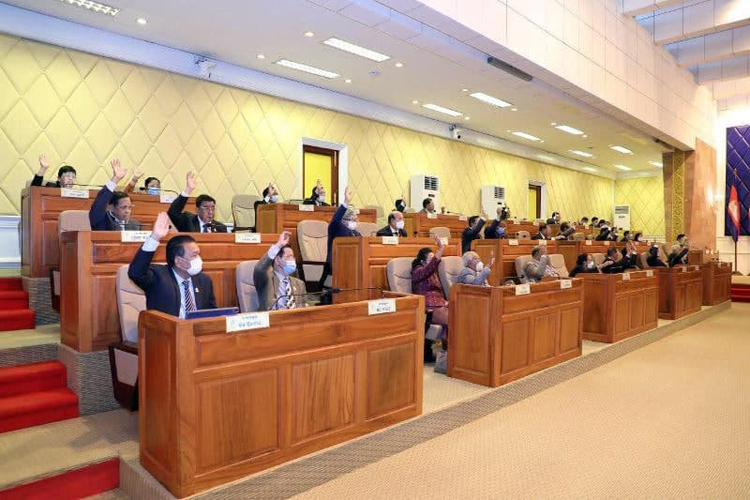