The Kingdom of Cambodia and the Republic of Korea have officially announced the conclusion of the negotiations for the Cambodia-Korea Free Trade Agreement (CKFTA), after four rounds of talks starting July last year.

The announcement was made on Feb. 3 under the presidency of H.E. Pan Sorasak, Cambodian Minister of Commerce and
H.E. Ms. Yoo Myung-hee, Trade Minister of the Republic of Korea via Video Conferenc, with the participation of official delegations and distinguished guests from the public and private sectors from both sides.

According to a press release of the Ministry of Commerce, the CKFTA aims to further strengthen economic partnership and further liberalise bilateral trade between the two economies in a mutually beneficial manner by creating more economic and social benefits for the peoples and businesses of both countries. Furthermore, both countries believe that this important bilateral agreement can facilitate a swift economic recovery for the two countries during and after Covid-19 pandemic.

The CKFTA will further expand the market liberalisation between the two countries beyond the existing ASEAN-Korea FTA and the recently signed Regional Comprehensive Economic Partnership (RCEP). In particular, it will enhance Cambodian exports to the Republic of Korea including, but not limited to, garments and textiles, footwear, travel bags, spare parts, electronic equipment, rubber, and agricultural products. As for the Republic of Korea, this FTA will further improve its exports to Cambodia including, but not limited to, automobiles, electronics, appliances, beverages, pharmaceuticals, and plastic products.

After this official announcement on the conclusion of the negotiations of this FTA, both countries will prepare to complete all necessary domestic procedures toward the signing of this agreement tentatively in middle of 2021.

This momentous achievement fulfills the ambitions, which was initiated by Samdech Akka Moha Sena Padei Techo Hun Sen, Prime Minister of the Kingdom of Cambodia during the state visit of H.E. MOON Jae-In, President of the Republic of Korea to Cambodia in March 2019. Following the instruction from both Leaders, the Joint Feasibility Study of this bilateral free trade agreement was officially launched in Busan, Republic of Korea on Nov. 25, 2019.

CKFTA is the second free trade agreement for Cambodia made bilaterally with its main potential trade countries. The first Kingdom’s bilateral FTA is with China which was signed last October.

The bilateral trade between Cambodia and South Korea was valued at US$884 million as of December 2020, a year-on-year decrease of 14 percent, according to figures from the Korean International Trade Association.

Last year, Cambodia exported US$317 million worth of products to South Korea, a decline of 18 percent compared to the previous year.

Meanwhile, the Kingdom imported US$567 million worth of goods from South Korea, sliding down 5 percent. 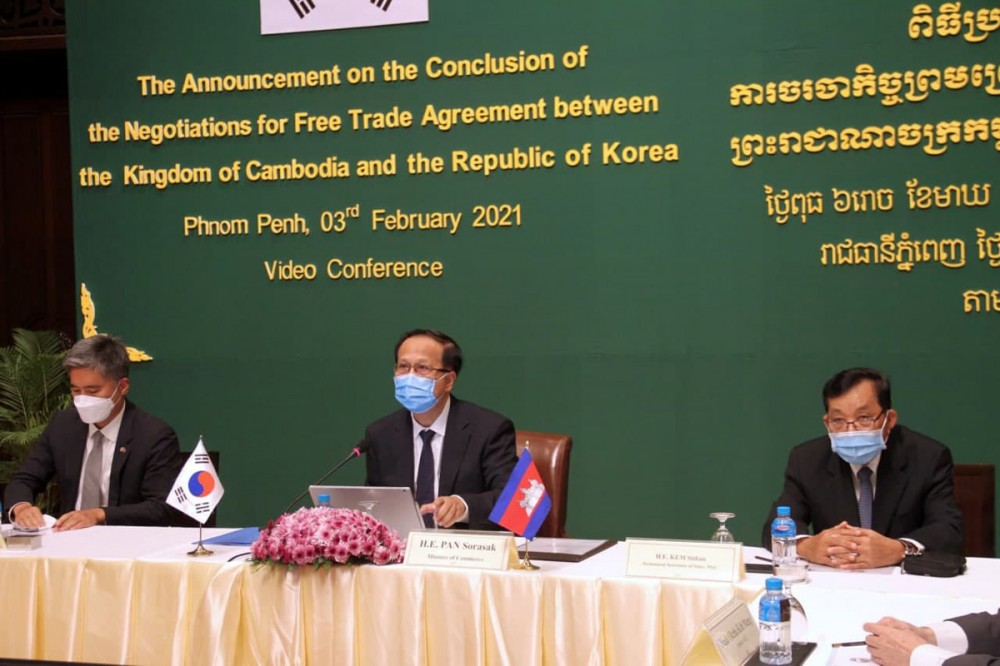 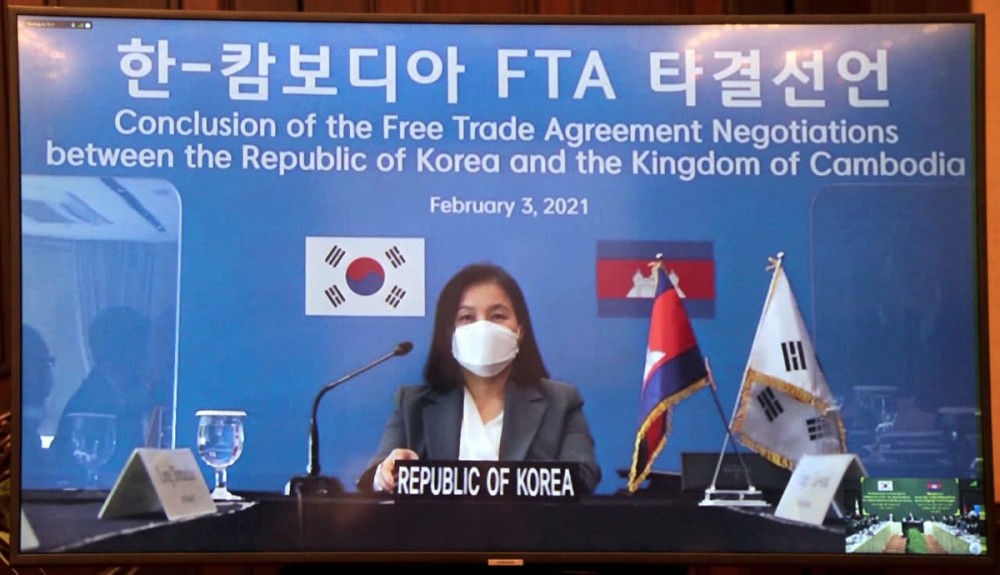 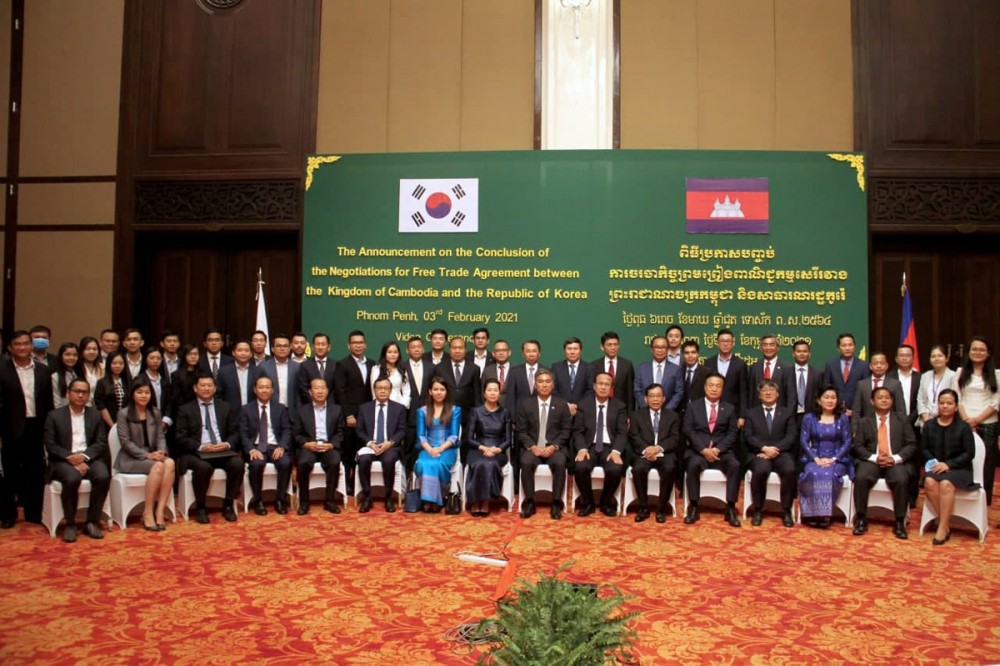