The monarchs were seen off at Phnom Penh International Airport by Cambodian top leaders, including Samdech Vibol Sena Pheakdei Say Chhum, President of the Senate; Prime Minister Samdech Akka Moha Sena Padei Techo Hun Sen and his spouse, and many other senior government officials as well as royal family members.

Chinese Ambassador to Cambodia H.E. Wang Wentian was also present on the occasion.

During the His Majesty the King’s absence, Samdech Say Chhum will act as the Acting Head of State.

Their Majesties the King and Queen-Mother regularly undergo their medical checkup in Beijing. During their stay in China, they always receive warm hospitality from Chinese medical leaders and doctors.

Their last medical visit to China was made in October this year. 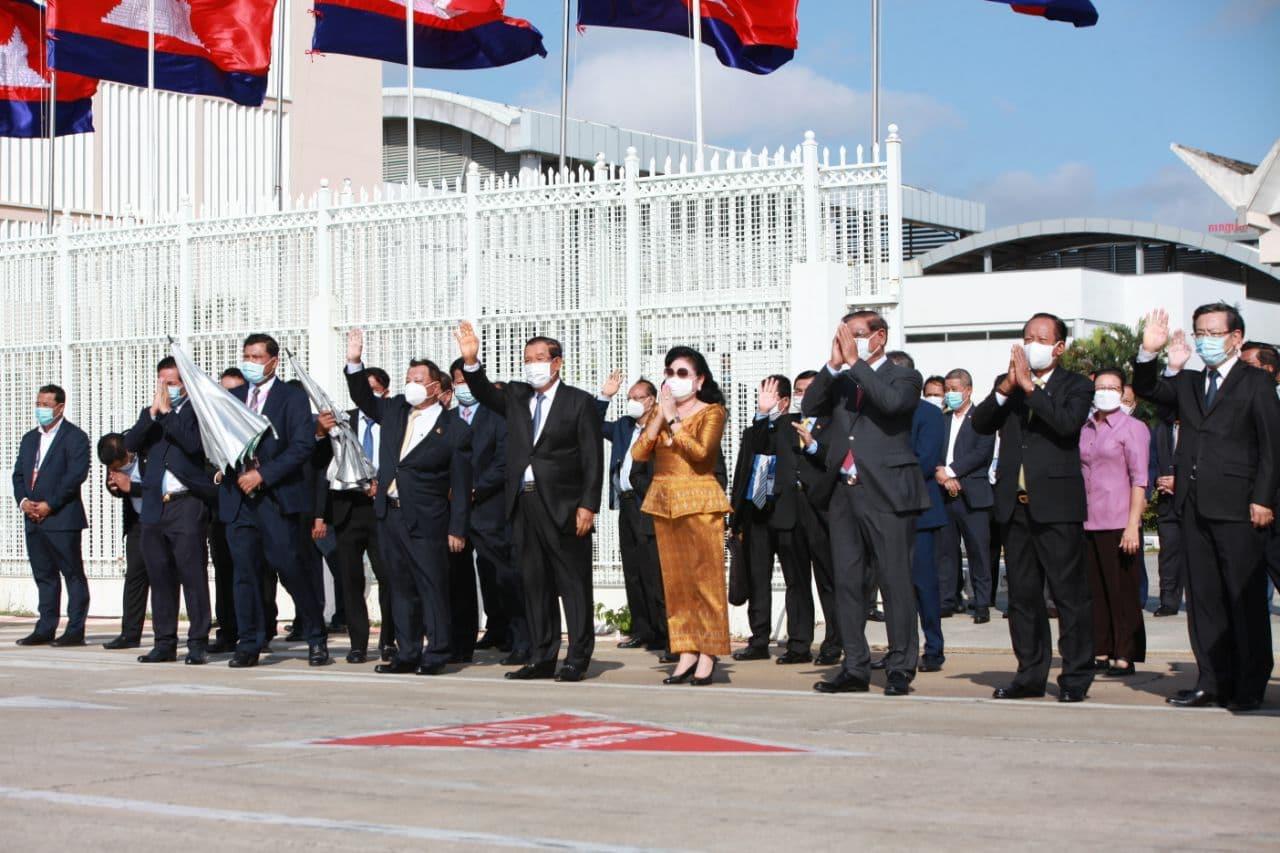