Phnom Penh Municipal Governor H.E. Khuong Sreng said the restoration project has achieved 95 percent and will be fully completed at the end of March.

This is part the annual restoration project, the governor added.

His Majesty the late King-Father, Samdech Preah Norodom Sihanouk passed away on Oct. 15, 2012 at the age of 90 from natural causes. The Memorial Statue, made of copper with 4.5 metres high and its support of 2.7 metres high, was built in February 2013. It is situated in a public park, east of the Independence Monument in Phnom Penh.

Senior officials gather at the Memorial Statue annually on Oct. 15 and Nov. 9 (Independence Day) to pay their respects to the late King-Father. 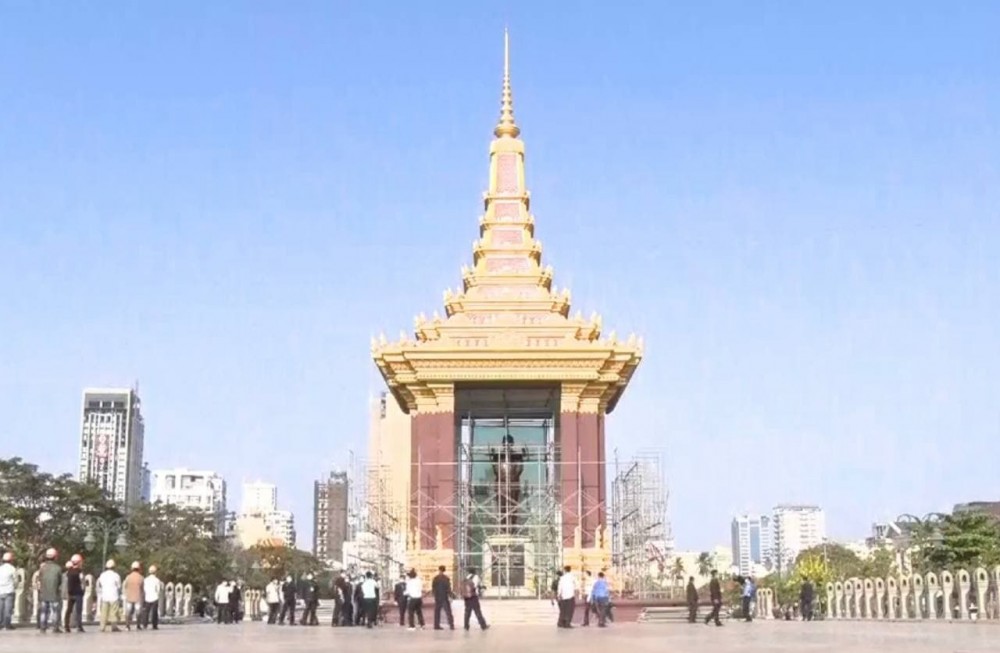