The Royal Government of Cambodia and the United Nations Development Programme (UNDP) have entered into an agreement to enhance institutional capacity and operationalise Cambodia’s national ageing policy.

According to a UNDP’s press release, the agreement, which will initially last for two years, details several areas of cooperation to support Cambodia’s ageing population. These include development of the Action Plan Phase II (2021-2025) in response to the National Ageing Policy (2017-2030), and the roll-out of a chosen pilot.

The MoU also includes the production of empirical evidence and capacity building to national counterparts on the socio-economic impacts of expanding social protection measures. The feasibility of extending free healthcare to elderly citizens will also be explored.

The MoU will be followed by ongoing technical consultations with the Ministry of Social Affairs, Veterans and Youth Rehabilitation (MoSVY) to support operationalisation of Cambodia’s ageing policy through the agreed areas of cooperation.

“Cambodia is a young country, but it won’t stay that way. In the mid 2020s, we will reach a turning point where the number of old age dependents is growing faster than the number of working age people. So we need to act now to put in place old age pensions and social protection systems that give senior citizens the support and dignity they deserve,” commented Mr. Nick Beresford.

“Respect and care for the elderly are integral to Khmer culture. In this spirit, ensuring a high quality of life for older persons is always among the government’s strategic priorities. Building upon the National Ageing Policy, the Royal Government is looking forward to working with UNDP and other partners to promote the welfare of Cambodian elderlies and thus creating a more vibrant social protection system throughout the individual’s life cycle,” said H.E. Vong Sauth, Minister of Social Affairs, Veterans and Youth Rehabilitation.

While Cambodia currently has the youngest population in Southeast Asia, its population is also ageing. In 2019, 8.9 percent of the population were aged 60 years and above, which is an increase from 5.25 percent two decades ago. This figure is expected to increase to 21 percent by 2050. These trends imply that over the next several decades a potentially shrinking working age population will need to support an expanding elderly population in the country. 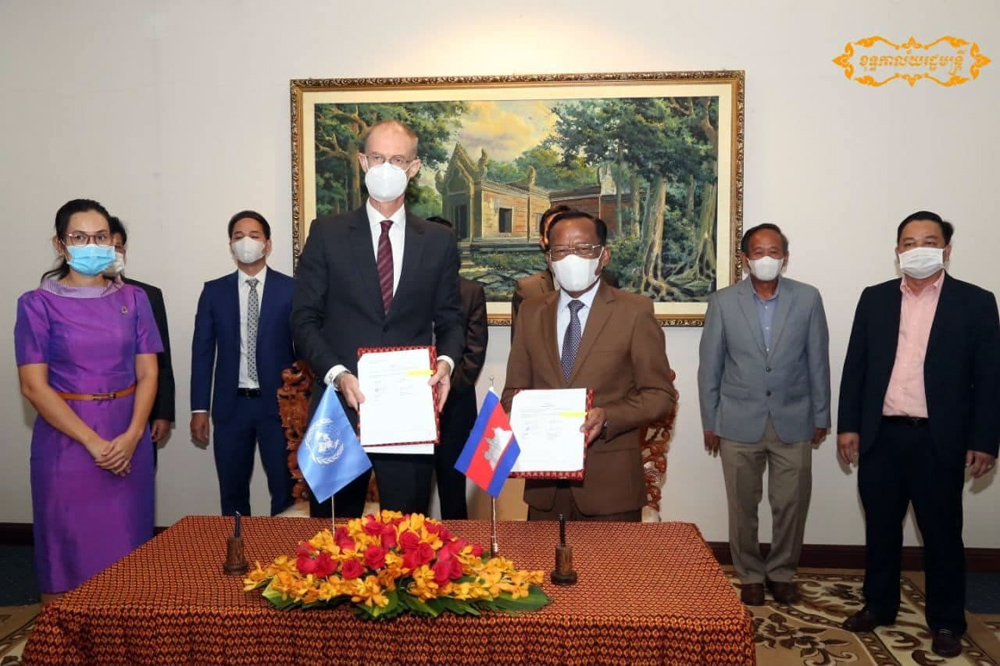