The District Attorney (DA) of New York County has agreed to transfer the custody of 27 objects of trafficked Cambodian antiquities from the DA’s Office to the Kingdom of Cambodia.

The agreement was signed on June 9, 2021 between H.E. Chum Sounry, Cambodian Ambassador to the United States of America, and Attorney Cyrus Vance Jr., DA of New York County.

H.E. Dr. Phoeurng Sackona, Minister of Culture and Fine Arts of Cambodia, has joint virtually from Phnom Penh to witness the signing. H.E. Ambassador Ker Sovann, Permanent Representative of the Kingdom of Cambodia to the United Nations, was also present.

According to the embassy’s press release, the 27 artifacts, which have been recovered by the DA’s Office and the United States Department of Homeland Security, include several Angkorian Buddhist statues and Hindu statues such as a bronze meditating Buddha on a Naga, a statue of Shiva and a Buddhist sandstone sculpture of Prajnaparamita. The Ministry of Culture and Fine Arts of Cambodia has played an important role in coordinating and reaching this historic agreement with the DA’s Office.

H.E. Dr. Phoeurng Sackona on behalf of the Royal Government of Cambodia extended her gratitude and praise for the cooperation and assistance provided by the New York District Attorney’s Office, U.S. Homeland Security Investigations, U.S. Embassy in Cambodia, Cambodian Embassy in Washington, D.C. and the working group of the Ministry of Culture and Fine Arts in bringing our cultural objects back to Cambodia. She also expressed gratitude to all related institutions and dignitaries in both the public and private sectors and MuseumsPartner for their dedicated collaboration to make this historical event a reality despite the spread of the global pandemic of COVID-19.

The Minister also said that the return of these artifacts exemplified the friendship and noble results of the cooperation between Cambodia and the United States with respect to restoring our country’s cultural heritage. “The Royal Government of Cambodia is committed to searching and bringing back all of our stolen artifacts,” she underlined.

For his part, H.E. Chum Sounry said the return of theses antiquities proves once again the fruitful results of a Memorandum of Understanding signed between the Royal Government of Cambodia and the U.S. government that has marked the new page of the very good bilateral cooperation on cultural preservation between both nations. “We hope the United States will continue is partnership with Cambodia so that we can put a complete end to the illegal trafficking of Khmer cultural properties and to return our cultural heritage back to our country,” he added.

H.E. Ambassador called on and encouraged all collectors of Khmer antiquities to consider carefully the provenance of their pieces and to realise that the majority of Khmer cultural properties outside of Cambodia were illegally removed and trafficked and should be returned to the country. 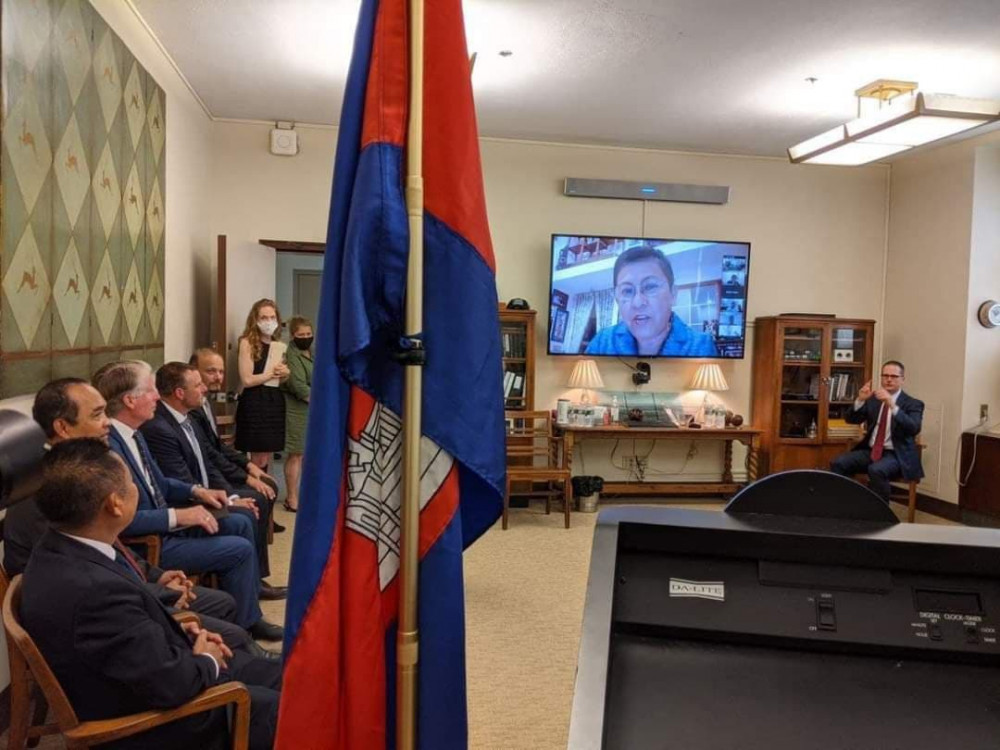 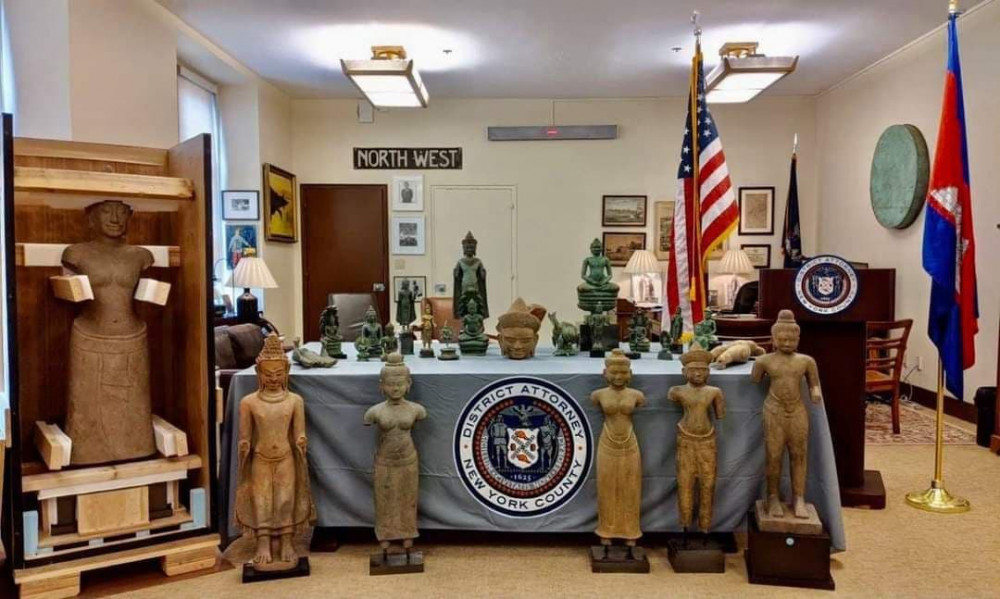