Cambodia and the United Nations Educational, Scientific and Cultural Organisation (UNESCO) are committed to further boost their collaboration on cultural conservation and other sectors.

The commitment was unveiled in a recent meeting between H.E. Ms. Phoeurng Sackona, Minister of Culture and Fine Arts and representatives of UNESCO at the organisation’s headquaters in Paris, France.

Both sides discussed the progress of conservation and protection of tangible and intangible heritage in Cambodia, the preparation for the listing of Koh Ker Temple as a World Heritage Site, the registration of Cambodian intangible cultural treasures on the Intangible Cultural Heritage of Humanity List, and the inscription of Battambang provincial city as a creative city.

The meeting also touched upon the UNESCO’s support for projects on conservation, research and preparation of intangible heritage inventory in Cambodia.

The UNESCO’s representatives appreciated Cambodia’s efforts to preserve and protect tangible and intangible heritage, as well as to ratify and carry out the organisation’s conventions. 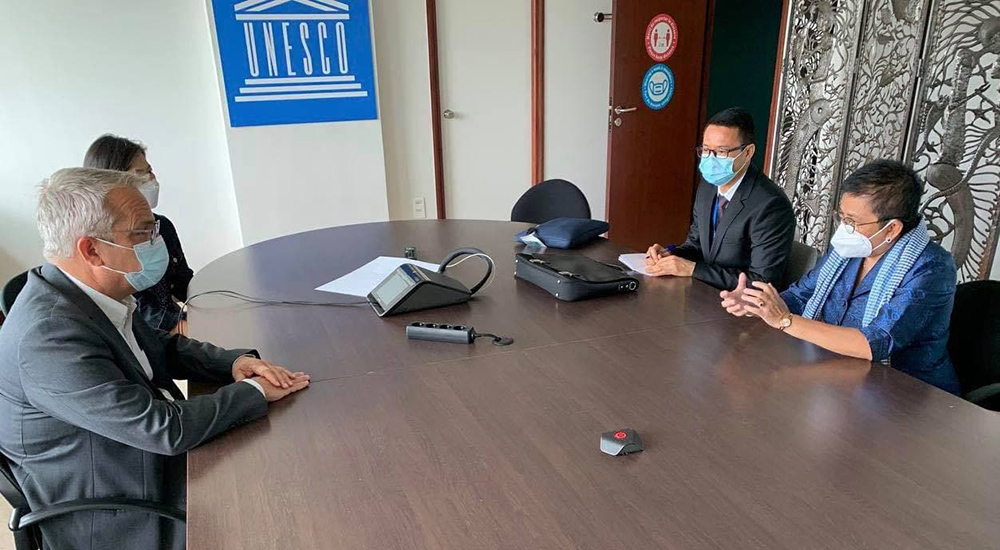