Donor community and development partners including the United Nations Development Programme (UNDP), the Korea International Cooperation Agency (KOICA), Australia, and New Zealand have spoken highly of Cambodia’s commitment in mine clearance in order to provide safe land for the people, contributing to supporting peace and development in the country.

The praise was made here this morning in a board meeting of Clearing for Results Phase IV (CFR-4), chaired by Senior Minister and First Vice President of Cambodian Mine Action and Victim Assistance Authority (CMAA) H.E. Ly Thuch.

On the occasion, representatives of the donor community, including the UNDP in Cambodia, lauded the leadership of Prime Minister Samdech Akka Moha Sena Padei Techo Hun Sen, President of CMAA, who set out clear perspective and goal of ending the mine threats.

“On behalf of the Royal Government of Cambodia, I would like to commend the efforts and achievements in implementing the CFR since 2006 in Battambang, Pailin and Banteay Meanchey provinces, and as of November 2020, about 254 square kilometers of contaminated land area have been cleared and more than one million people have benefited from the project,” underlined H.E. Ly Thuch.

H.E. Senior Minister considered UNDP as a strong and tireless partner of CMAA, which has been actively involved in seeking support in terms of finance, materials and technical consultations for the CFR project since its inception in 2016.

Besides the donors in the CFR-4, Cambodia’s mine clearance efforts have been also supported by other donors such as the U.S, the United Kingdom, Japan, Norway, China, Canada, Germany, Switzerland, Ireland, UNDP and UNICEF as well as Civil Society Fund and philanthropists.

Last year, Cambodian Mine Action Centre (CMAC) destroyed almost 40,000 landmines and UXOs, thus clearing over 9,200 hectares of mine-contaminated-area or 115 percent of the yearly plan. The Kingdom’s goal is to become a mine-free nation by 2030. 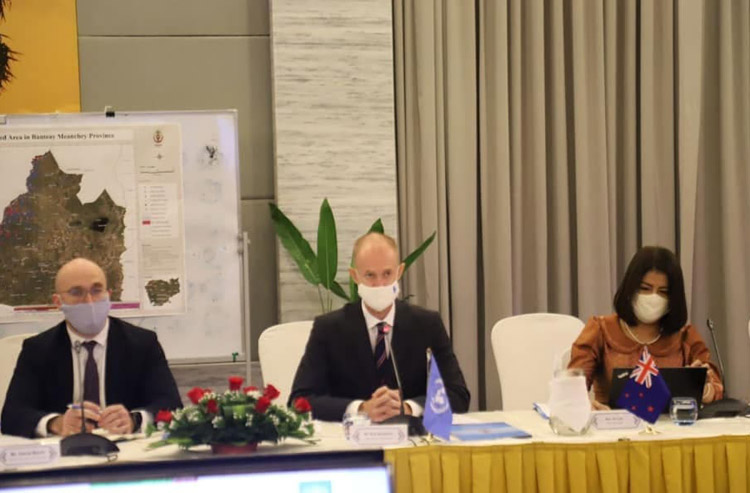 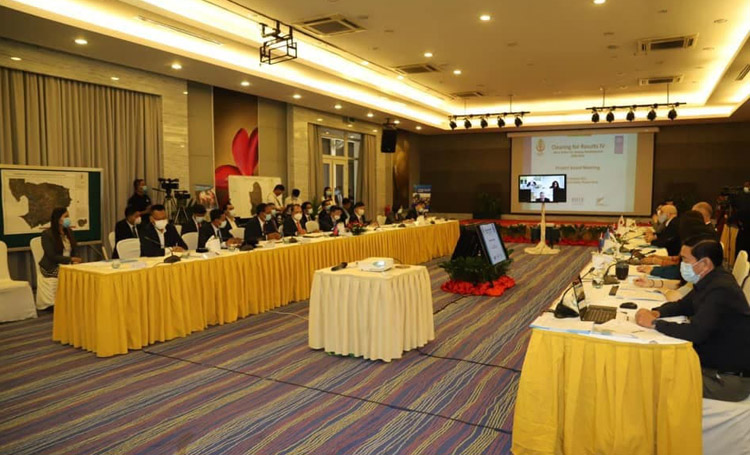