Cambodia will open its first training centre for road and bridge engineering to increase domestic human resources, to meet emerging demand for the industry in the country’s development.

Located along Chea Sophara Street in Phnom Penh, the newly launched centre, Techo Sen Institute of Public Works and Transport, is expected to enroll about 200 students in early 2021 for its first batch.

Senior Minister and Minister of Public Works and Transport H.E. Sun Chanthol underlined the ambition of the Royal Government of Cambodia to see the new generations of Cambodians well equipped with the technical skill, just as the Cambodian ancestors who had built amazing and lasting temples as well as other infrastructures recognised globally.

The government is offering the opportunity for Cambodian students, and it is also the responsibility of the students themselves to make the best of their study and make themselves a qualified resource not only for the country, but also the rest of the world, he continued.

Ongoing major constructions such as bridges, roads, railways and ports in Cambodia depend heavily on technical human resources as well as engineers from overseas, and this is the trend that the government wants to change. 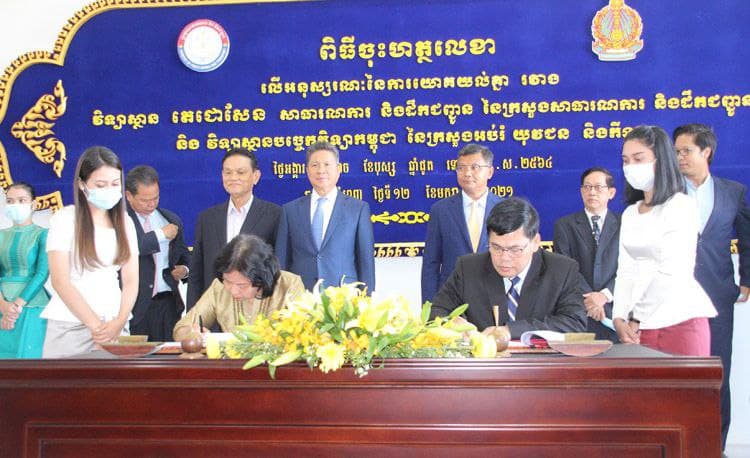