The Government of Japan has agreed to provide US$227,736 for Phnom Penh Capital Administration to improve its firefighting capability, under the framework, the Grant Assistance for Grassroots Human Security Projects (the“KUSANONE” Grant).

According to a press release of the Embassy of Japan in Phnom Penh issued this afternoon, the Grant Contract was signed here today between Japanese Ambassador to Cambodia H.E. MIKAMI Masahiro, and the representative of the recipient, to carry out ‘The Project for Improving Firefighting Capability by Introducing Second Hand Fire Engines in Phnom Penh’.

This will help firefighters respond to fires in high-rise buildings and incidents involving hazardous materials, and will therefore enable them to act in a quicker and more efficient manner.

This improves safety for, and helps protect the properties of approximately 400,000 residents of Phnom Penh, as well as tourists and business travellers from around the world.

At the same time, as the Grant Contract was signed, a Memorandum of Understanding between the Phnom Penh Fire Brigade and Safety Sakura Service Co., Ltd., to achieve improvements in the firefighting and rescue capabilities of the Phnom Penh Fire Brigade was signed. Phnom Penh Capital Administration, the Fire Brigade of the Kingdom of Cambodia and Safety Sakura Service Co., Ltd. will collaborate with the aim of further strengthening their relationship and capabilities based on the MoU.

These assistances are based on the commitment of co-chair’s statement of 13th Mekong-Japan foreign minister’s meeting on July 9, 2020 which says “Implementing approximately US$91 million worth Grant Assistance for Grass-Roots Human Security Project in FY 2020 as KUSANONE Mekong SDGs initiative, aimed at supporting the social and economic development of local communities and villages across the Mekong region”.

Japan’s “KUSANONE” Projects started in Cambodia in 1991 in order to support Cambodia’s reconstruction and development at the grassroots level. The assistance aims to protect those who are vulnerable due to various factors such as poverty and/or misfortunes that directly threaten their lives, livelihood, and dignity, as well as to promote self-reliance of local communities.

Since 1991, the Government of Japan has provided over US$63 million for mainly local authorities and non-governmental organisations to implement 641 KUSANONE projects throughout Cambodia. 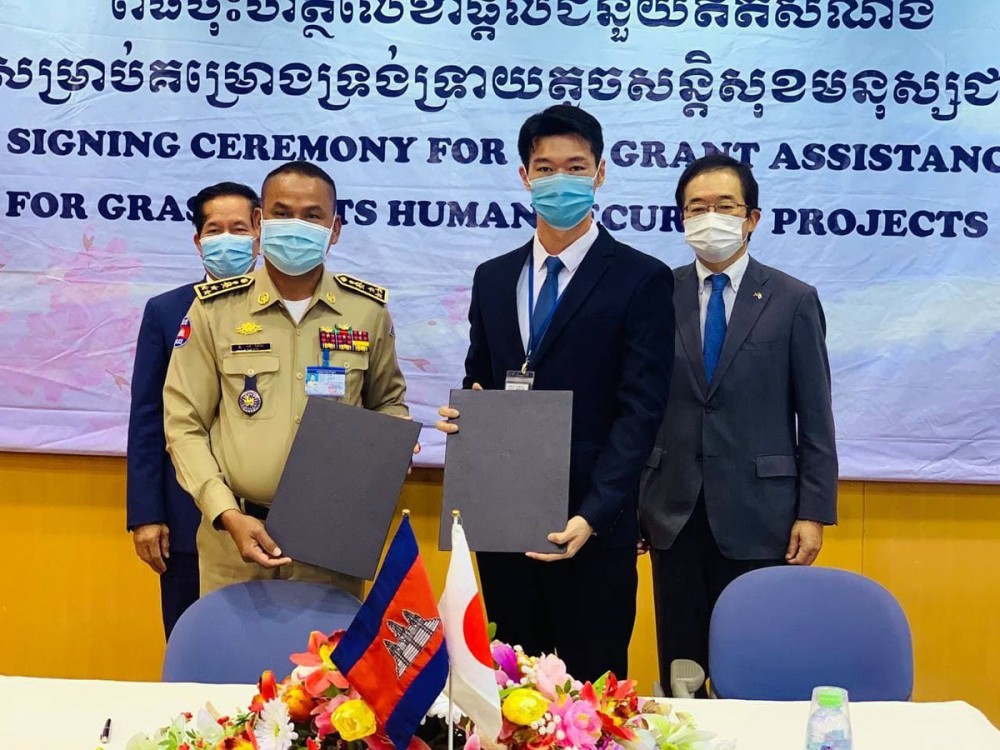