Deputy Prime Minister, Minister of Economy and Finance H.E. Aun Pornmoniroth has held a collaboration discussion virtually with the Australian Ambassador to Cambodia.

According to the press release from the Ministry of Economy and Finance issued on Aug. 18, the Deputy Prime Minister opened with a deep appreciation of Australia’s support to Cambodia.

From his end, H.E. Pablo Kang, the Australian Ambassador to Cambodia, acknowledged the good cooperation between the two sides and updated the Deputy Prime Minister on the progress of some key projects supported by Australia in Cambodia.

He also made some highlights of the development programmes under Australia’s priorities to support Cambodia for the next five years worth about US$90 million.

H.E. Aun Pornmoniroth concluded that the assistances from Australia contribute essentially to the development of Cambodia, including the effort of the Royal Government of Cambodia in responding and containing the COVID-19. 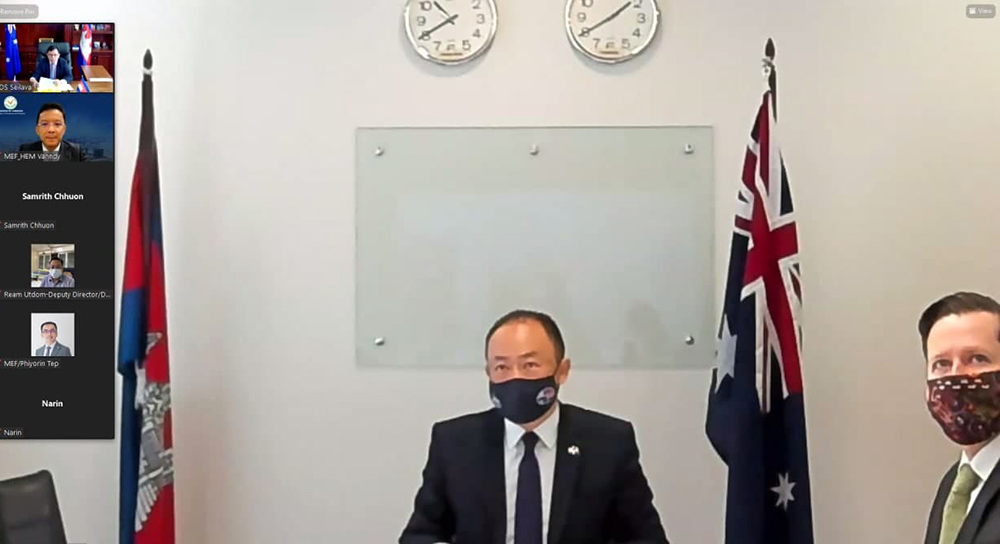