The commemorative banknote is allowed to circulate along with other existing banknotes across the country, according to a sub-decree dated on Oct. 18 and signed by Prime Minister Samdech Akka Moha Sena Padei Techo Hun Sen.

This new banknote is 170-mm-long and 75-mm-wide with three dominant colours – green, brown, and purple, said the National Bank of Cambodia in a Prakas (official announcement) made public this morning.

Eiffel Tower in Paris, France, and the Royal Palace and the Independence Monument in Phnom Penh are also featured on the banknote. 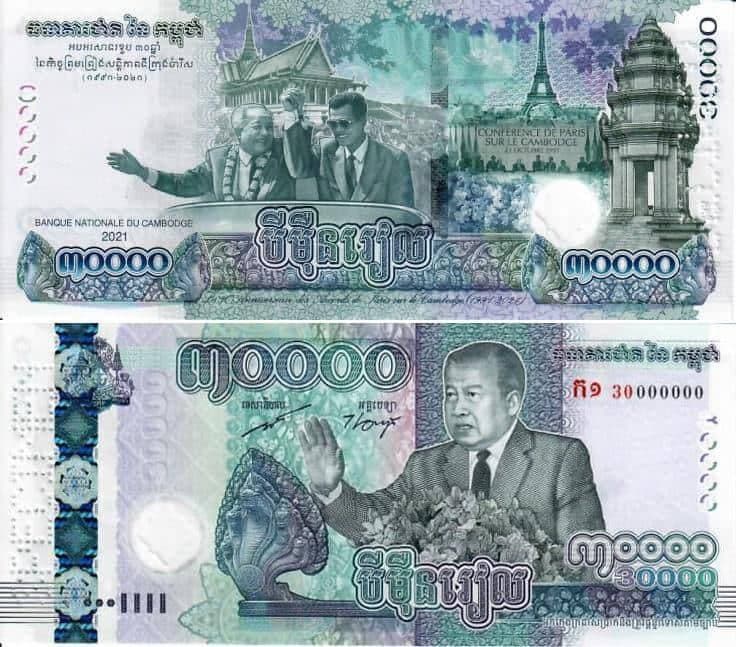